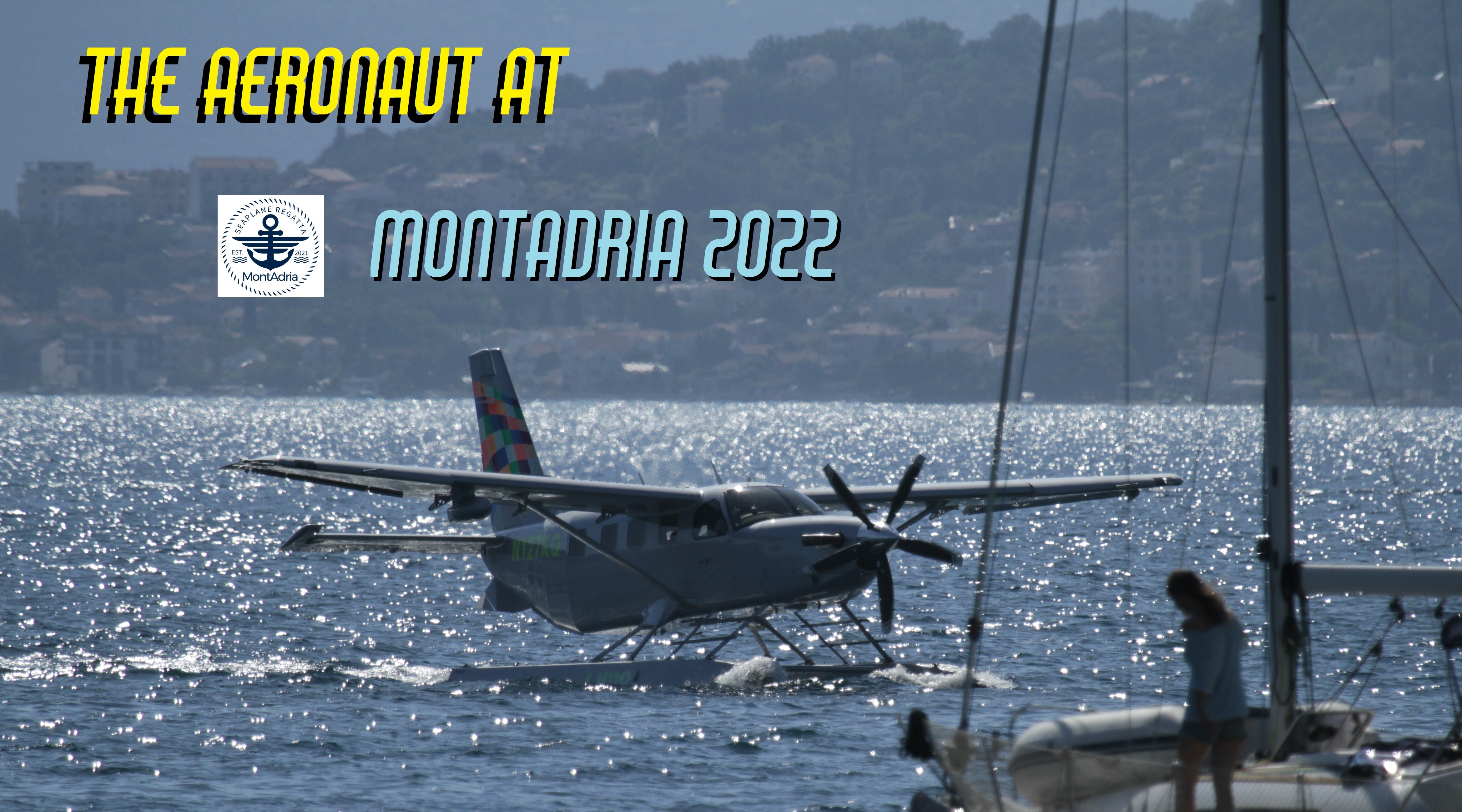 One of the most successful events for water aviation just concluded in Montenegro after 3 days of flying around the enchanting landscape of the small Balkan state. As Montadria Seaplane Regatta 2022 comes to an end, I can say that another important milestone has been laid to bring back water aviation to its splendor.

I mentioned Montadria Seaplane Regatta briefly in my previous article. The key idea behind the event is simple: displaying the potential of water aviation to the local and foreign public as a resource for both leisure and commercial purposes.

And indeed, the fleet of seaplanes which came from every corner of Europe achieved and exceeded this ambitious goal. With every flight, through the breath-taking sceneries of Montenegro, Montadria raised the interest of local communities to the infinite possibilities of water aviation. At the same time, we all met new friends and strengthened existing relations.

Also, no event better than Montadria displays how relationships are the corner stone of aviation.

The routes took the fleet of seaplanes through several sites with historical relevance for seaplane aviation. Indeed Montenegro can pride itself with a very florid past and one of the oldest seaplane basis in the world, located in the Kotor bay in 1913. Thanks to the energy of Dragisa-Gaga Raicevic, organiser of the event, Montenegro reopened its water bodies to aviation.

Another achievement of Montadria 2022 was to show the strong European vocation of the Country and to confirm that the borders of the aeronautical world are much wider than administrative ones.

In other words, European water aviation definitely passes by Montenegro.

So, crews from all over Europe travelled to Tivat, Montenegro, for the Regatta. World-known Raimund Riedman and Matthias Dolderer took part onboard of the Cessna 208 Caravan on amphibious floats of the Flying Bulls. Scandinavian Seaplanes came with a beautiful and powerful Quest Kodiak 100 they currently operate (on a side note, If you came to AERO Friedrichshafen, you may have seen both planes on static display).

Cesare Baj, from Aeroclub Como, participated onboard a Lake Renegade, followed by another Lake 200, a Cessna, a Piper and a numerous group of amphibious ICP (Savannahs and Bingos) mounting the floats of Scuola Italiana Volo.

Aside from the flying crews, Textron Aviation, Seamax Croatia and the Tourism Authority of Maldives were also present at the event showing how much interest water aviation is now gathering in Europe.

A look at the routes and take-off!

Dragisa planned three days of flying around three themes to honor 1) the past of water aviation in Montenegro, 2) the historical site and 3) the natural beauties of the Country.

As the bus drops the crews in front of the General Aviation Terminal in Tivat (ICAO:LYTV), the emotion starts to build up. The crews file the flight plans, which were circulated the night before, and walk to their machines for the pre-flight checks and start-up.

I take a seat onboard the Kodiak, with Daniel and Christian (the pilots), Dragisa and André (Seamax Croatia). A short back and fourth with the ATC to clarify order of departure and flight plans and we’re backtracking the runway to then take off north-west-bound.

We’re number two for take off after the Cessna Caravan. Daniel applies take-off power. The Kodiak speeds up aggressively under the 700hp released by the turbo 5-blade propeller and in almost no time it climbs over the marina of Tivat.

Budva and the incredible landscape of Skadar Lake

We follow the coast Southbound till we reach the astonishing bay of Budva with the picturesque Island of Saint Nicholas. The water is blue and the surrounding mountains make this view absolutely unique.

We head to Skatar Lake and the surprise is even bigger as the clear water mixes with wide light green vegetation. The landscape is absolutely gorgeous and unique for Europe.

Landing back for the Grand Opening

As we hold a pattern in the narrow bay of Kotor, we find ourselves to orbit very close to the Cessna Caravan of the Flying Bulls. What better way to save some space and make the life of the ATC easier, if not by flying and landing in formation?

Once on the ground, the incredible views and the excitement for this incredible flight, with a formation of exceptional pilots is still running before my and the other passengers’ eyes. We head to the Marina of Porto Montenegro, where the official opening Ceremony is about to take place.

The pilots remain in the airport as they will be part of the ceremony soon.

The welcome of Montenegro to the seaplane crews is the warmest one could imagine! At the presence of ministers and functionaries, Dragisa and the other speakers lay down the best case for the promotion of water aviation.

Indeed, like no other, water aviation can have a determining role to bridge the distances between Mediterranean countries, to promote peaceful cooperation and, perhaps to further the spirit of progress that moved the very Jacque Schneider, promoter of the Schneider Cup.

Perhaps, thinking of describing the experience in words was an excessively ambitious goal for me. So let’s image speak in the video below.

But let’s first thank Montenegro for the unforgettable welcome, Dragisa Raicevic for his visionary project and all pilots that took part for contributing to the growth of seaplanes in Europe.

Looking forward to see you all at the next event around the Mediterranean Sea!