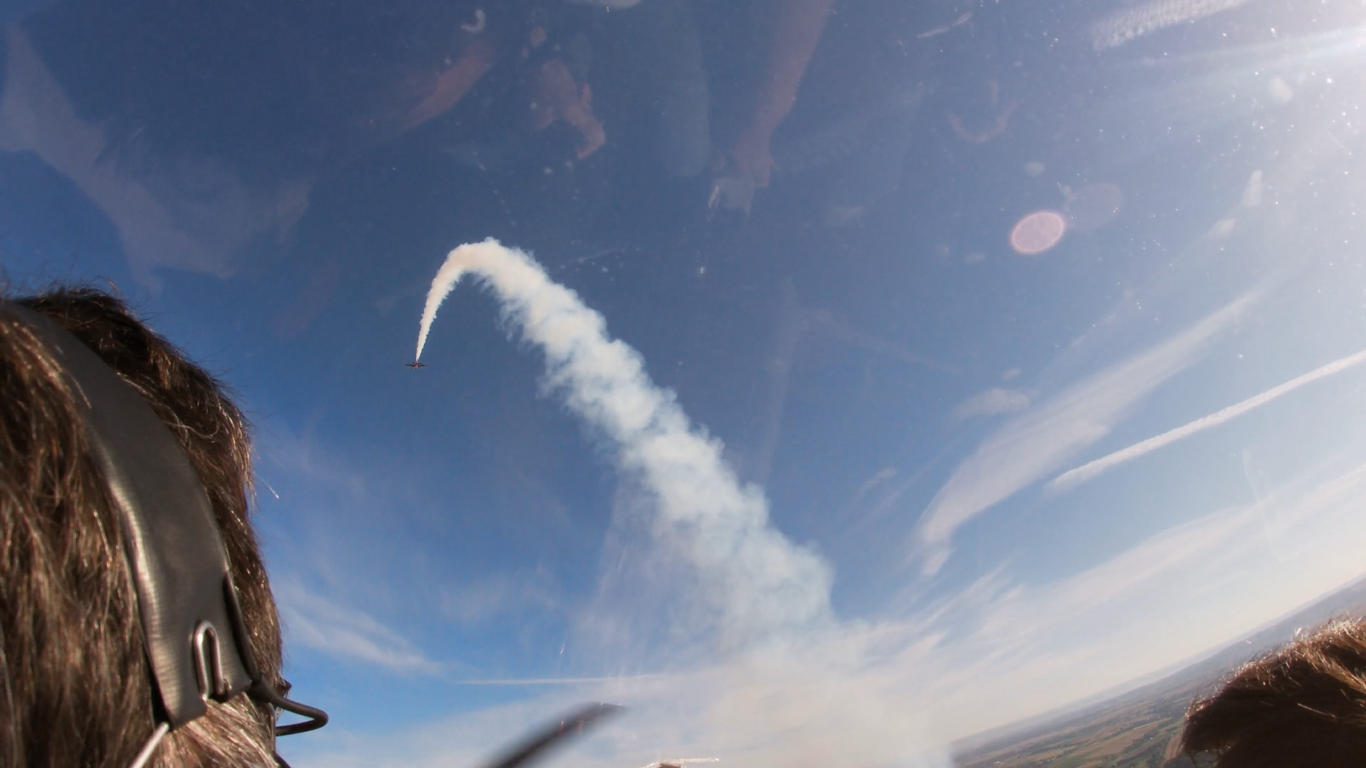 The story I am going to tell you is still very fresh in my mind, yet so shocking that it is difficult for me to draw any conclusions. Indeed, this post is probably a way to fix some thoughts while I still struggle to make sense out of it.

As I love to do in Summer, I met a friend at the airfield right at opening time (0800 CEST). I run the pre-flight checks and as usual I explain to my guest through each part and why it is critical for the safety of our flight. Over the years, I find that actually saying what you are about to do or doing, makes you less prone to forget things and make mistakes, so I like to have some audience to justify my words.

Fuel fine, all systems are working properly, so I line up RWY 26 and take off in what seemed the clearest and calmest day of the year. Even close to the hills, the air was smooth. As matter of fact, visibility was virtually unlimited. Right after passing the city of Darmstadt with a southern heading, I was able to direct the look straight to Mannheim and the Neckar river valley, where the city of Heidelberg is located.

Flying over the Rhein, the color of its waters was of an unusual blue. I was monitoring the instruments and in my heart was thinking what a blessing days like these are to clear the head from the stress of work and inject breathtaking memories.

As I passed over one of my favourite castles and then headed East to pass the valley and reduce altitude in view of the landing a few minutes later.

I knew I had to avoid a city called Reinheim, because of a NOTAM (“notification to airmen”, a message service to warn pilots of dangers or restrictions) related to aerobatic activities, so I headed towards Ober-Ramstadt. All seemed truly fine, when it happened and it happened incredibly fast so that my brain could not really determine what was really going on.

The only useful thing that some brain cells agreed was that it was something that required an immediate reaction because I lied on on colliding trajectory with the object in front of me. I pushed the controls fully to the right, hoping for the Katana to respond as quickly as needed. While the plane rolled right, my brain finally made some sense of what was going on: a radio-controlled jet model had intersected my flying path vertically at an incredibly small distance and was now closing a loop. If I had delayed my manoeuvre, it would have crashed into the canopy of the plane.

For some instants, I could not say a word, trying instead to review mentally the images of that objects.

Then, I gave a look to the plane ad check that everything was fine and called the radio station to report the encounter.

The footage from the cameras

Thankfully, I had two GoPros recording at the time of the incident. I placed one camera inside the cockpit, while the other I had mounted and secured to the foot step on the left side of the plane, looking backwards.

Once landed I called the Deutsche Flugsicherung (the air traffic control) and reported the incident providing immediately video and GPS recordings.

Then I sat in front of my laptop watching the recordings a countless times. My GPS said I was at 1900 ft when the near miss happened. The elevation of the ground below me was around 800ft, based on data from Google Earth. This meant that I found myself in airspace Echo, well above safety altitude.

European regulations allow model planes to fly higher than 400ft only if the pilot(s) have a certificate of proficiency and a flight director looks out and warns about possible traffic.

A lot of questions

My head was flooded with questions: did I do something wrong? if the RC plane had hit me would I have sufficient control to land the plane?

I felt quite powerless: II followed all regulations and even exercised extra care. To realise that something so independent from our conduct could cause a catastrophic end brought to my mind the pages of a famous book among pilots: “Fate is the hunter” by Ernest K. Gann

But while I could do nothing more than trying to avoid the two objects as quickly as I could, I thought that once on ground I could indeed do something to reduce the risk. So I though “what can we do to avoid similar issues from happening again?”

Perhaps 2 things which could be done easily:

Well, I am waiting to know the outcome of the investigation of the Bundesamt für Flugsicherung, the body that took over the investigation. Once available I will share it on this website. Meanwhile, take your ICAO chart and mark additional danger areas that may not be present on it.